And what a year it was -- thanks to all of you!

Our goal was to celebrate all year long, with nature-oriented, history-oriented, and art/cultural activities every month. Our focus was to celebrate not just Shutesbury as a whole, but to recognize and nourish the diversity and talents of the many vibrant, smaller communities within our town. See list of events

Keep the year alive!  The Shutesbury 250th Anniversary Celebration Collection can be found in:

1. Shutesbury Town Hall A cabinet created as a gift by the Anniversary Steering committee to the Shutesbury Public Library for its local history collection holds a display of ephemera and three boxes containing the full set of anniversary archives, including:

A fourth box contains extra materials to be distributed at the discretion of the library, including copies of the 1761-2011 Commemorative Album, a "pictorial souvenir" from Shutesbury's 150th anniversary, reissued in 2011 and enhanced with new text and photo of the same scenes taken a century later. The album comes bundled with a CD of other images from our 250th anniversary year.

To make an appointment to study the archives, please email adminsecretary@shutesbury.org.

2. The Archives of the Town of Shutesbury

3. Special Collections and University Archives at the University of Massachusetts Amherst

More information and the inventory can be found at http://scua.library.umass.edu/ead/mums957.html.

How Old Are We, Anyway?

Look at Shutesbury’s town seal at the top left of your screen, and you’ll see 1735 — the date of the founding of Roadtown, after the General Court of the Massachusetts Bay Colony granted land to people building a road from eastern Massachusetts to the Connecticut River.

But you’ll also see 1761 — the year that Roadtown was officially incorporated as Shutesbury. 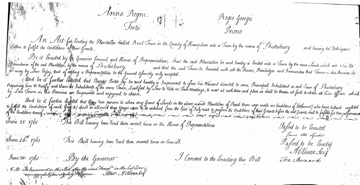 That’s why in the spring of 2009, the Select Board appointed a steering committee to prepare and recommend a program of festivities to mark the 250th anniversary of Shutesbury’s incorporation. And we hoped to make 2011 a year you’ll remember ’til at least 2061!